Working to the Bone: The Experiences of Migrant Workers in the Meat Sector in Ireland - MRCI Skip to main content
Close Search
Publications

Working to the Bone: The Experiences of Migrant Workers in the Meat Sector in Ireland

By Caroline Franca30 November 2020No Comments

“All of the time we are forced to do the worst and heaviest work because we are migrants and don’t have access to rights.” – a migrant meat factory worker

Working to the Bone: The Experiences of Migrant Workers in the Meat Sector in Ireland (2020)

New research conducted with migrant meat factory workers across 13 counties in Ireland has revealed a systemic culture of discrimination and dangerous working conditions across the meat sector in Ireland, with many employers putting profit before the health and safety of workers.

The research was carried out by the Migrant Rights Centre Ireland (MRCI). Our methodology was developed to enable workers to overcome barriers often experienced when raising concerns. Barriers include a culture of fear in speaking out and fear of reprisals, including loss of employment and the loss of immigration status; exhaustion from working long hours; language accessibility; and a mistrust of authorities and institutions as a result systemic failure to protect workers. For many meat factory workers, this is the very first time they have spoken out about the conditions they are facing.  The survey was translated into Latvian, Lithuanian, Polish, Brazilian Portuguese, Romanian and Russian to improve accessibility and accuracy in responses. 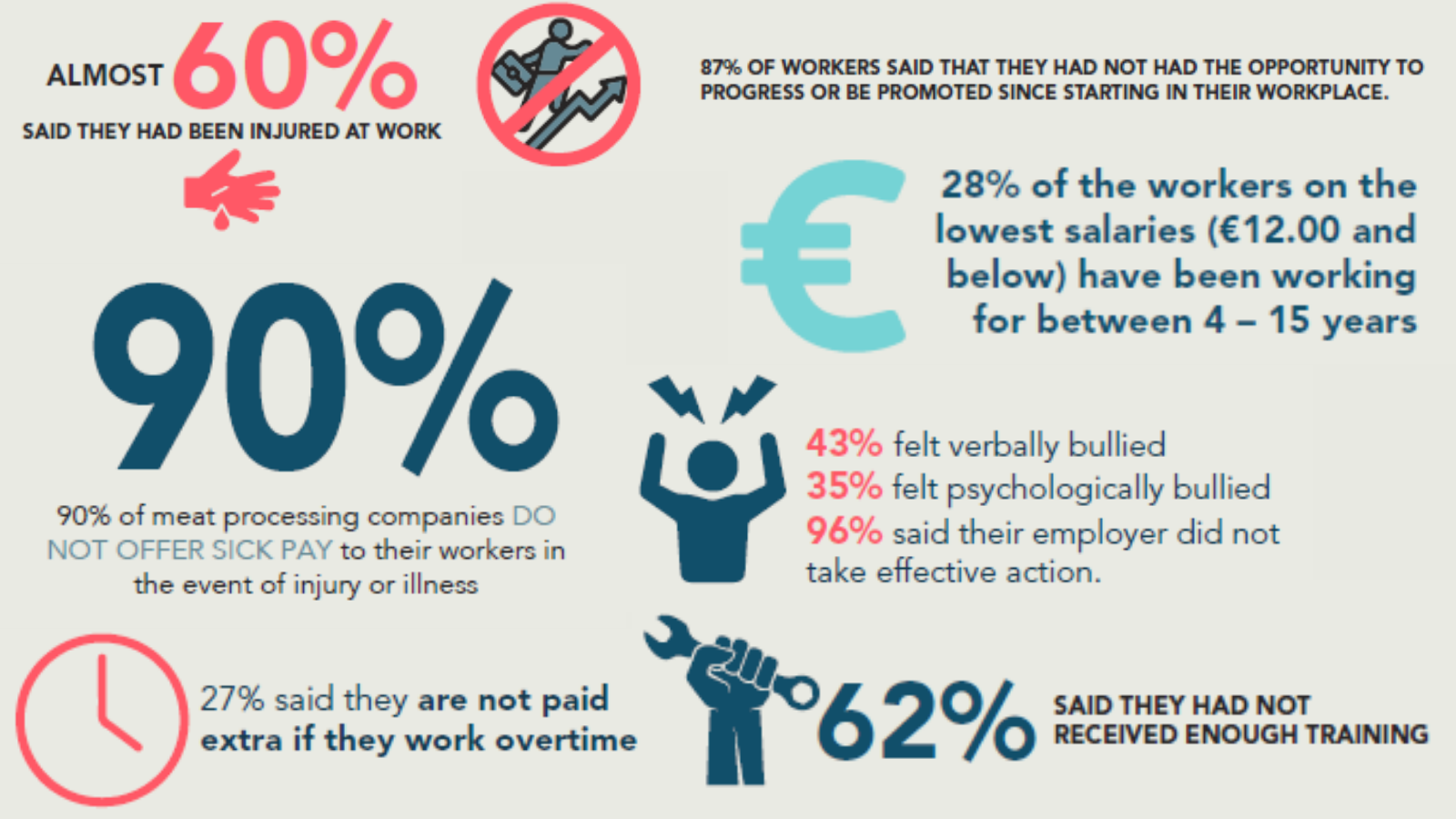