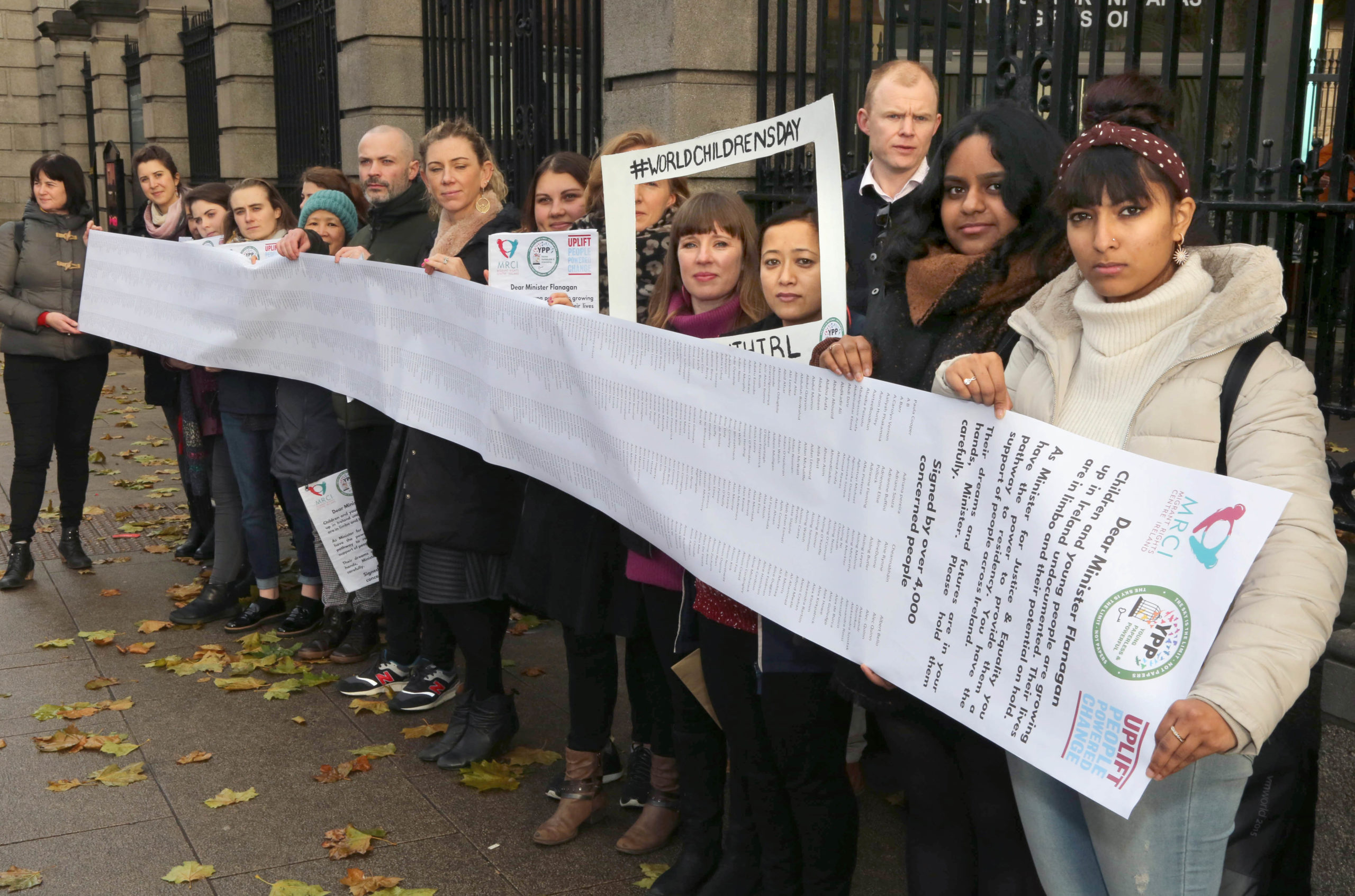 Ahead of World Children’s Day, campaigners will today (Tuesday 19th November) deliver an open letter signed by over 4,000 people to Leinster House, calling on the Minister for Justice & Equality to provide a pathway to residency for undocumented children and young people in Ireland.

4,174 people including teachers, students and representatives from unions, youth groups and children’s organisations from across the country have signed the letter in support of the many children and young people growing up undocumented here in Ireland.

Last week, the Taoiseach spoke in the Dáil about undocumented children and young people, saying, “They have grown up here and speak with Dublin, Cork or Donegal accents. They will not be deported. It will be correct to regularise them but we just need to get it right.”

Mairéad McDevitt, Migrant Rights Centre Ireland (MRCI) youth worker, said “A year is a long time in the life of a child, and some of these children and young people have been waiting for many, many years. We can’t make them wait for the next government. They need stability, security, and hope for the future – and they need it now.”

McDevitt concluded “Time is now of the essence. This must be addressed in the lifetime of this government. Minister Flanagan must urgently introduce a pathway to residency for children and young people growing up undocumented in Ireland.”

Rashmi is 24 and has lived in Dublin since she was 8. She is undocumented and was one of the founding members of the Young, Paperless & Powerful campaign four years ago. “There are so many others like me – growing up Irish but without the papers we need to be able to live whole and free lives. Our dreams are on hold while we wait for the Minister for Justice to give us a pathway out of this situation.”

A Behaviour & Attitudes poll for the Sunday Times found that 71% of people believe anyone born in Ireland should be entitled to Irish citizenship.

An MRCI survey released earlier this year found that, of the 185 undocumented children whose parents completed the survey:

Of those born in Ireland

Of those born outside of Ireland

While it is difficult to know how many undocumented children and young people there are in Ireland, MRCI has estimated there may be some 2,000 – 3,000 currently in this situation.