Businesses and children’s groups agree: Time to regularise the undocumented in Ireland

Today (Tuesday 3rd May) a conference in Dublin will detail the moral and economic arguments for the regularisation of undocumented people in Ireland. National and international experts from the London School of Economics, ISME, the Children’s Rights Alliance and others will join Migrant Rights Centre Ireland to discuss this urgent issue and present findings from a new survey of undocumented migrants (see key findings below).

Undocumented migrants in Ireland are in a similar situation to the undocumented Irish in the US, and the Migrant Rights Centre Ireland has proposed a solution in the form of a straightforward and pragmatic regularisation scheme. Regularisation is a pathway to papers for people without a formal immigration status who fulfil certain defined criteria.

MRCI spokeswoman Helen Lowry said, “This issue is not going to go away. Regularisation is supported by business groups, by children’s organisations, by trade unions and by the public – a poll last year showed that 69% support the idea of a regularisation. All that’s needed now is decisive action by the new government; there is cross-party support for regularisation, and it must be prioritised in the work of the new Dáil. We’ve shown that regularisation is the smart choice and the right choice, for undocumented migrants, for Irish society and for the economy; there is no good argument for not sorting this out now.”

Speaking ahead of the conference, Mark Fielding of ISME stated, “The vast majority of undocumented migrants in Ireland are working, and many are working for small businesses across Ireland. At the moment, there is essentially no way for either employer or employee to regularise the status of the worker. Employers are undoubtedly impacted by the challenge of retaining skilled and experienced staff and remaining fully compliant with immigration. ISME fully supports a regularisation for undocumented migrants in Ireland.”

Paul Gilligan, CEO of St Patrick’s Mental Health Services, said “There are children and young people growing up undocumented in Ireland; unable to travel, unable to be open with even their closest friends, barred from progressing to work or college, struggling to see a future for themselves in the only home they’ve ever known. The impact of this state of limbo on their mental health and wellbeing cannot be underestimated. A regularisation would give them hope and allow them to live full lives.”

At the conference, Migrant Rights Centre Ireland will launch the results of a survey of 1,008 people living undocumented in Ireland. The survey is the only one of its kind in Ireland, and provides the fullest picture yet of the thousands of undocumented workers and families living in communities across Ireland.

The survey results have been published in infographic form with some additional figures, including:

– the vast majority are working,

– the vast majority have lived here for more than 5 years,

– and most are concentrated in essential services: care & domestic work, cleaning & maintenance, and restaurants & catering. 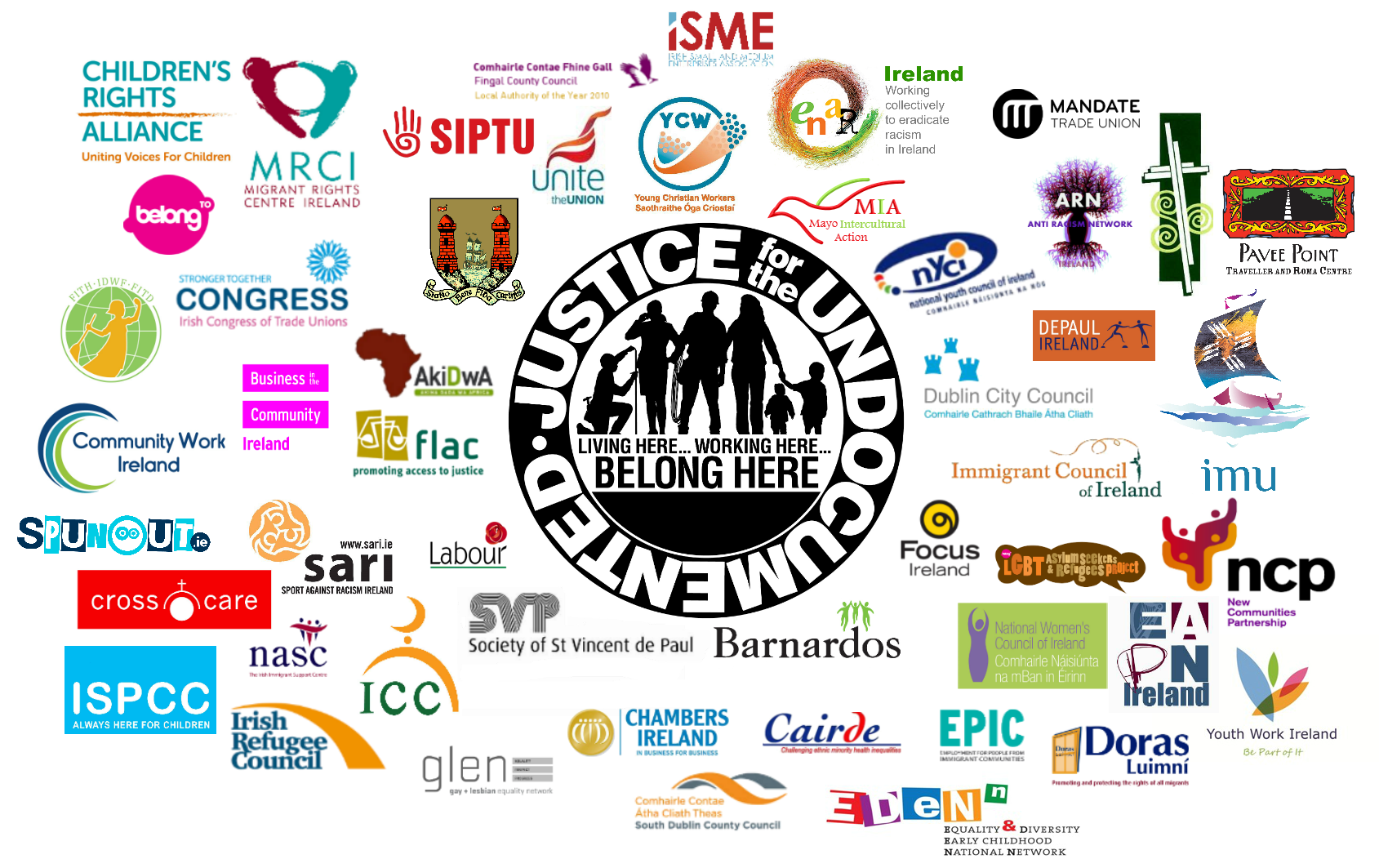